Create and launch Amazon ads in one easy click Amazon Advertising is here to stay and their rapidly spinning flywheel will threaten Google and Meta's multi-decade stranglehold on online advertising. 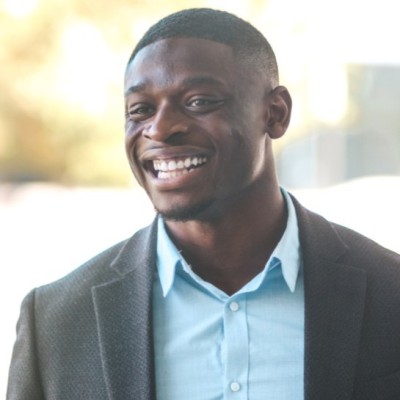 Competitors of Amazon should be very concerned about the recent developments in the industry, particularly Amazon’s massive effort to make advertising a growth vehicle for its Everything Store. For 10 years the Amazon Advertising Flywheel has quietly been developing and today threatens the 455 billion dollar global digital advertising industry largely dominated by Google and Facebook (Meta). Their advertising flywheel will not only threaten the giants of the advertising industry but will tighten the death grip they hold on online retail.

With Amazon's scale, it may be difficult to believe they can do anything very "quietly". However, Amazon strategically masked the true size of their rapidly growing $31.2 billion dollar (2021) ads business, hiding it on their financial statements as "Other" until 2022. Many knew Amazon's ad business was growing fast but how fast was the big question. Amazon advertising grew more than 55% in two consecutive years and is believed to be significantly more profitable than their prized breadwinner, AWS.

Over the years, the retail giant has been building strength not just in advertising, but in the environment that accentuates its growth. For this reason, Amazon poses a threat across industries unlike any ever seen.

The War of the Advertising Triopoly

Digital advertising has long been a dynamic industry - different strategies are developed, consumer responses to advertising changes, and new concerns about privacy emerge and progress to courtrooms. Over the last decade, the duopoly of Google and Meta has mostly weathered the storm and have primarily battled each other for market share. Recently, a new to the space, but globally recognized force has thrown its hat (and money) into the ring.

Just 5 years ago Amazon represented less than 1% of global advertising revenue — by 2023 they are projected to own more than 7% of the global advertising market and nearly 15% in the US. Amazon still has a ways to go in the global battle, but domestically, conversations are beginning to rumble about Google, Meta, and now Amazon as the triopoly of advertising.

As technology advances and more consumers move online across the globe, we can expect that an increase in digital advertising spending will follow. It's understood that Google, Meta, and Amazon are all aggressively competing for the largest share of marketer's wallets, but here's why Amazon will win the Battle of the Advertising Giants.

Birth of the Amazon Advertising Flywheel

Amazon allows marketers to target more than 300 million active customers globally on and off of the platform through their Amazon sponsored ads platform consisting of search, display, audio, and video advertisements. Nearly 75% of its customers use Amazon to discover new products and brands. No other marketplace or online shop has this volume of reach and access to prospective customers making the channel impossible to ignore for marketers tasked with online growth.

Purchase data from their marketplace is the key ingredient in Amazon's advertising cocktail. This rich customer data source provides them with an advantage over contextual-based advertising platforms like Google while safeguarding them from 3rd party privacy blocks that impact companies like Facebook and Snapchat. Marketers come to Amazon to get data they can't get anywhere else.

As marketers join the platform and invest their ad dollars into Amazon marketing campaigns, Amazon's targeting algorithms will improve and performance will only get better and better. Amazon's ad selection and data visibility are worse off than the likes of Google and Facebook, which is keeping many marketers on the sidelines... not to mention the complexity of the platform itself (which is allegedly by design). As the platform matures we can expect to see similar capabilities of their larger counterparts and greater adoption from laggers.

Amazon Will Win the War and Here’s Why

Previously one of the biggest pain points for Sellers on Amazon was the inability to access valuable demographic data on previous buyers. In 2019, Amazon rolled out demographic analytics for 3rd party Sellers that allowed them to gather information on customers including age, income, gender, location, and marital status. But this isn't unique, other platforms have long offered demographic data. What gives Amazon the data advantage over other platforms is the behavioral data they have collected on Amazon shoppers from years of purchases.

Amazon works to build a 360-degree view of every shopper in their ecosystem allowing them to offer laser-targeted recommendations on what a specific consumer is likely to buy. It's more than just who is buying what, it's how they're shopping that creates predictive insights on demographics that are unmatched by any other platform today. As the largest online retailer owning nearly 40% of the market there's no denying their data advantage in this arena.

On eCommerce sites across the web, the average conversion rate is 1-2%, but on Amazon, this number approaches 10%. Further, Amazon Prime shoppers will convert significantly higher on Amazon than non-prime shoppers (74% and 13% respectively, per Sellics). In the eyes of a marketer, if Amazon can efficiently place their products in front of the right shoppers it will help them get better returns, grow their sales, and learn more about their customers.

Amazon in the Household

One of the fastest-growing trends in consumer shopping is voice search. It's forecasted that 55% of American households will own a smart speaker device by 2022 — a 42% spike in usage compared to 2020 (DialogTech). It's no question that tech giants see the trends of consumer preferences moving towards voice assistants and away from traditional type-to-search methods. Always thinking about the long term, Amazon is several steps ahead of the pack in positioning for this trend.

Despite not being the most accurate, Amazon has managed to get the most consumer buy-in, as shown in the chart below.

As a predominantly software-driven organization, Google has struggled in the hardware game. These struggles have prevented them from taking advantage of their superior voice assistant performance. With the convenience of household smart device interconnectivity being paramount to consumers, if Google fails to carve out meaningful Internet-of-Things (IoT) market share soon they will quickly find themselves at an insurmountable deficit — In fact, I believe it may have already happened.

As of July 2020, Amazon's voice assistant, Alexa, is compatible with more than 100,000 household devices and growing exponentially. Consider how Apple created stickiness with the connectivity of their products with one another — if you have an iPhone, you'd likely prefer a MacBook, and further AirPods, an Apple Watch, and other Apple products. Amazon's network play isn't as closed-system as Apple's but they do hold similar characteristics. Every year we're seeing new smart devices released by Amazon from speakers, to TVs, to security systems, and even household robots all connected to Amazon's rapidly improving Alexa Assistant.

Amazon organizes its business into three primary operational segments — North America, International, and Amazon Web Services (AWS). Amazon considers operating income to be a more meaningful measure than gross profit and gross margin as they have a diversified mix of product categories and services.

In 2020, through the COVID surge, Amazon reported their international business saw a 40% increase which led to $717 million in international operational income. In 2021, Amazon's international business represented 27% of its total revenue and grew 22% (compared to 18% in North America). However, during this period, operational income decreased by $1.6 billion compared to the previous year resulting in a loss of $924 billion. Amazon states this was primarily due to investments into their fulfillment networks, increased wages and incentives, and marketing expenses.

As they have done time and time again, the profits Amazon saw through COVID were immediately reinvested back into infrastructure and growth channels. Amazon reports a decrease of more than $20 billion in free cash flow from property purchases and equipment in 2021 vs 2020, with the remaining decreases driven primarily by operational expenses. When we dive a bit deeper we find that a large investment went into purchased real estate. From 2019-2020, Amazon increased their owned square footage internationally by 35% — compare this number to 294% from 2020 to 2021.

Amazon is betting BIG on their international business — as they should. This is for several reasons but the most important one, in my opinion, is how the growth of their international business accentuates potential for their advertising ecosystem. In 2021, Google's international revenue accounted for 54% of its total revenue. A case could be made that Google’s international business is more valuable than its North American operations. Amazon understands this which is likely why they have doubled down on developing their Amazon flywheel across the globe. If successful, the compounding effects of their marketplace and advertising growth globally will position them as the best option for retailers and marketers alike, much like they have already one in North America.

In 2014, Amazon made a billion dollar bet by acquiring a small company that at the time had less than 350,000 concurrent viewers. This company is named Twitch and today is the #1 platform for video game streaming by a wide margin. Twitch owns 91% of the video game streaming market, dwarfing Meta, Youtube, and everyone else in the category.

On the surface, it's hard to picture how Twitch is a major piece of Amazon's advertising strategy, as it only generated $750 million in advertising revenue in 2020 (compared to $19.7 billion from Youtube in the same period). Upon digging deeper, we'll find that the makeup of Twitch's audience represents a large demographic of tomorrow's buyers, aged 16-34 (73%). This audience will also likely represent a large portion of the early adopters in the metaverse, which will quickly become a new frontier for advertising as it is adopted by the masses. Many speculate Amazon is developing a metaverse of their own in silence.

With over 150 million Amazon FireTVs sold around the world, 100 million global Amazon Video subscribers, and a fast emerging, but extremely dedicated audience of 2.4 million concurrent Twitch viewers, Amazon's media pipeline creates a tremendous opportunity to generate more momentum in their Advertising Flywheel. As Amazon continues to deliver on Emmy-winning content and add more blockbuster titles to its platforms it will continue to add more diverse viewers, collect more data, and sell more advertisements to marketers in demand.

Hedged For the “Cookieless Future”

Although Google will claim it's eliminating cookie tracking to protect the consumer's privacy, the approach is multi-fold as they are the primary beneficiaries of a cookie-less world when it comes to advertising, which drives 80% of their revenue. For platforms like Facebook, which rely primarily on 3rd party audiences and tracking, a cookie-less future will have an immediate impact on their advertising growth potential. This will be exasperated by Apple blocking apps and 3rd parties from tracking on Apple devices without explicit permission from the user. Facebook is already feeling the pain of these impending privacy changes and its advertising future is looking bleak. Advertising agencies and marketers are beginning to turn their attention to programmatic platforms like Amazon Advertising which allows for automated Amazon PPC campaigns that don’t require user tracking.

With the investments Amazon has made in itself, they are non-dependent on external parties to be successful.

That’s a lot of ownership and why Amazon’s destiny is in their own hands and not the competition's. This is one of the many reasons I predict Amazon will emerge victoriously in the 100-year War of the Giants.

With a strong belief that collaboration is the heart of innovation, Malik strives to network and share ideas with industry experts and beginners alike. His goal is to continuously learn, share, and evolve with the rapidly changing digital landscape to aid in the creation of intelligent online technological solutions.

Stay up to date with the latest tips and tricks from our team delivered straight to your inbox.

Thank you! Your submission has been received!
Oops! Something went wrong while submitting the form.
LET’S TRY!

Thank you for your submission!
Oops! Something went wrong while submitting the form.